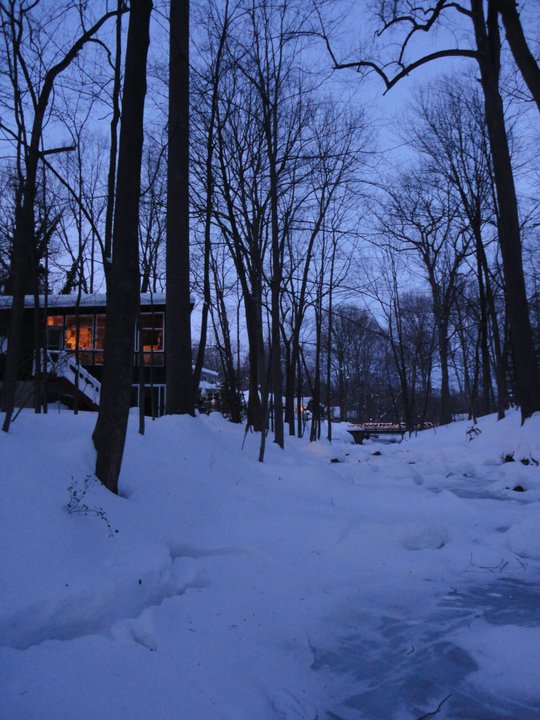 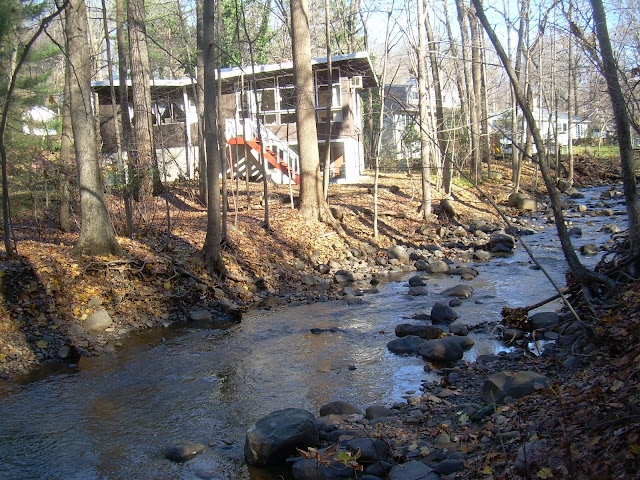 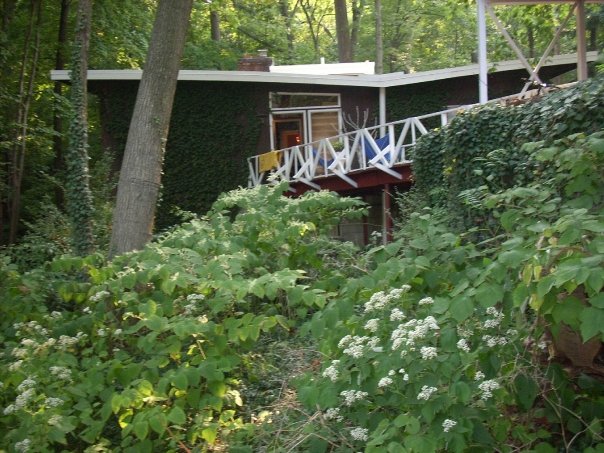 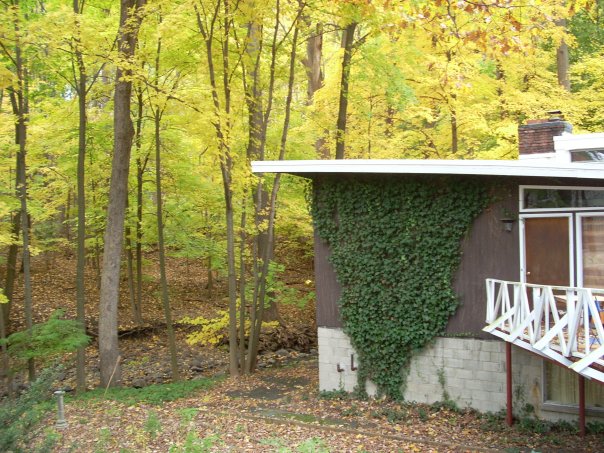 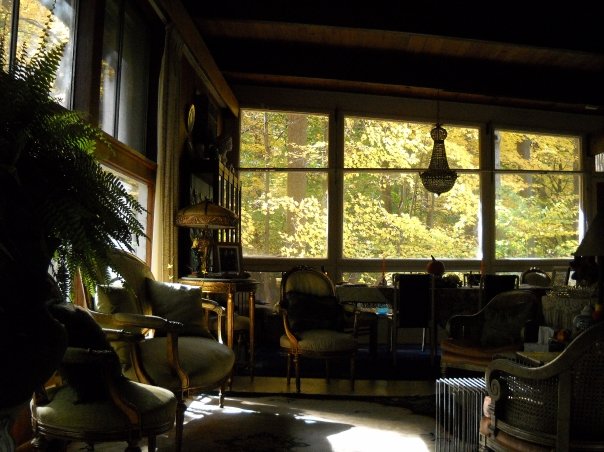 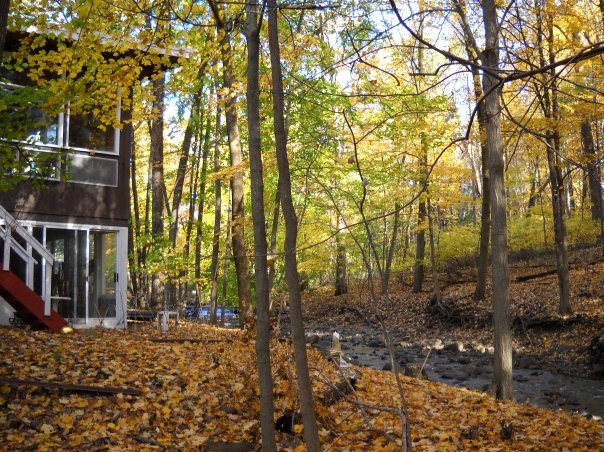 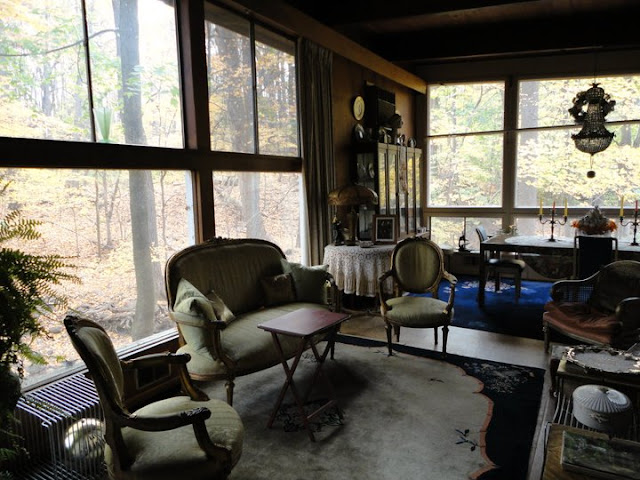 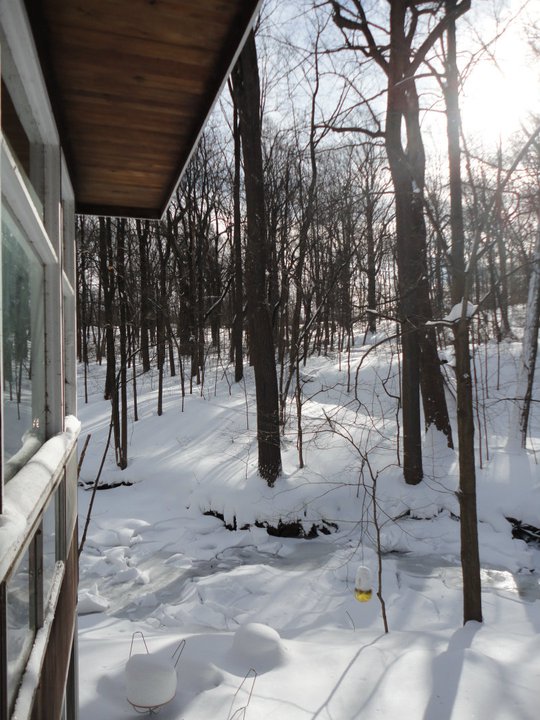 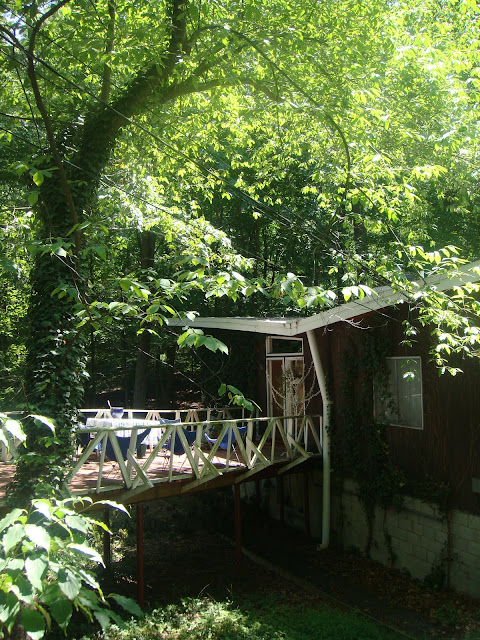 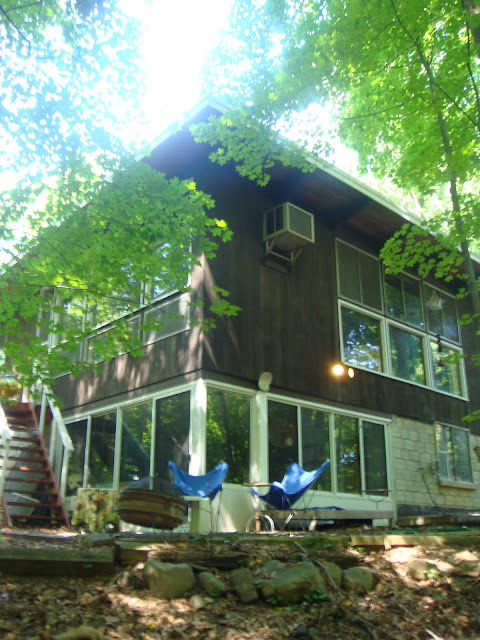 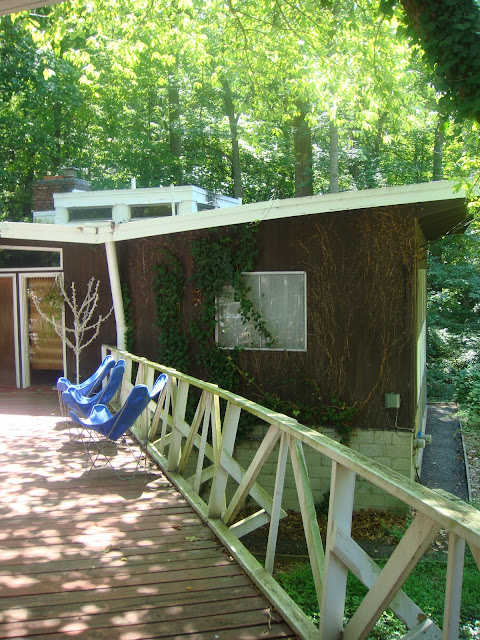 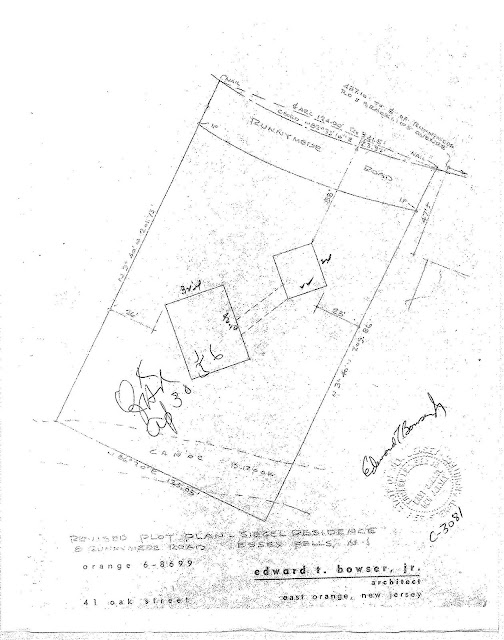 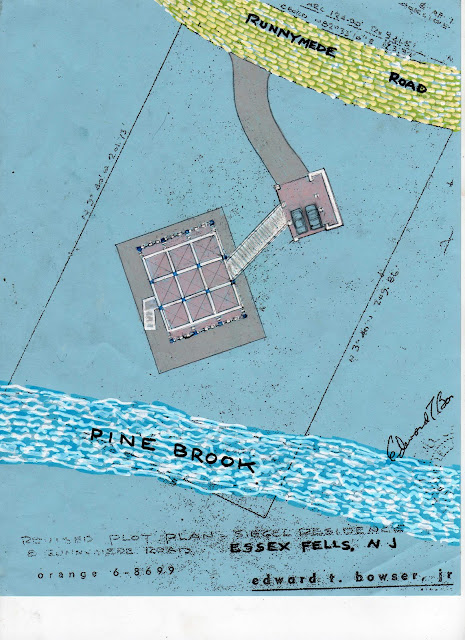 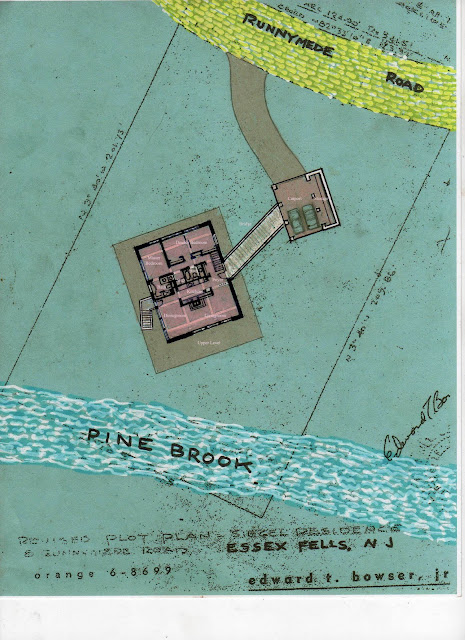 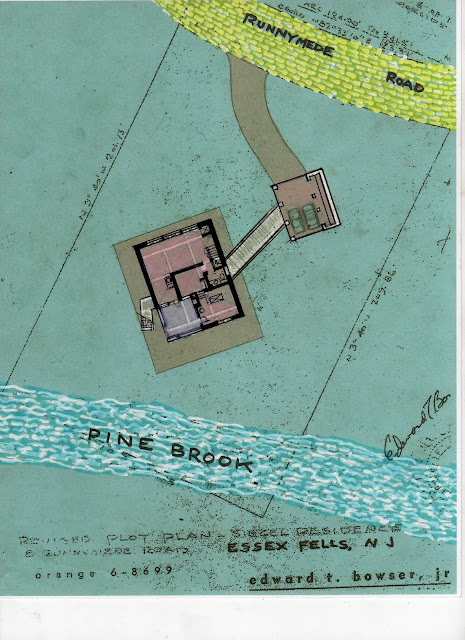 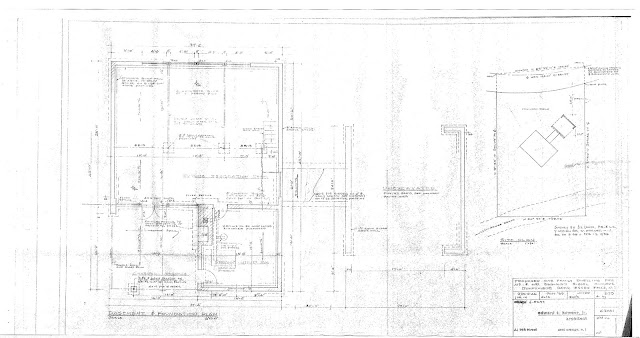 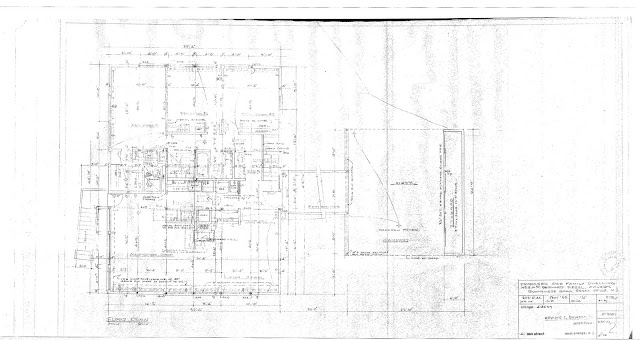 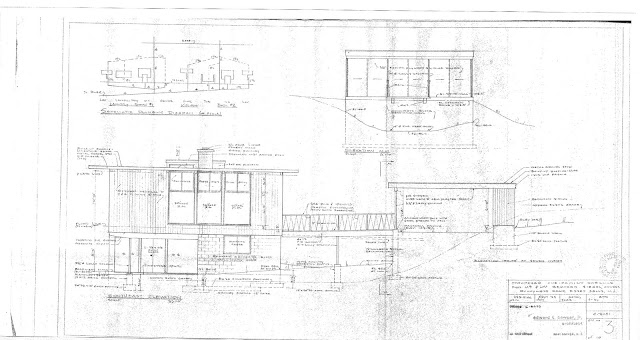 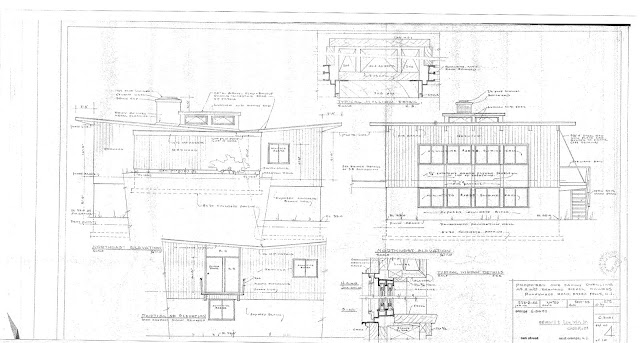 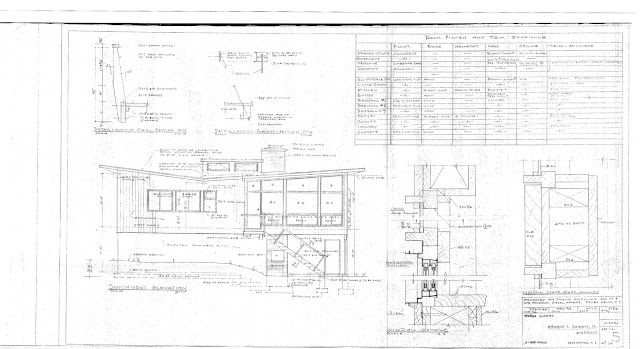 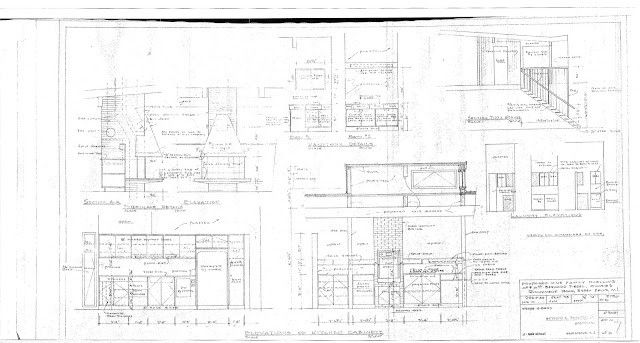 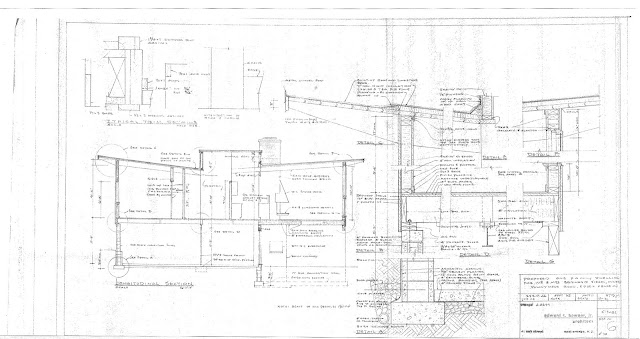 Fellsbridge, a 1957 concept house, designed for the “future” has a remarkable history. Perhaps the “future” never really arrived the way that it had been conceived and the house’s significant story had been forgotten in time. Recently the house and its unique history has been re discovered by the new owners, Dorothy Lanzara Godlewski, (educator and author) and her son Frank Gerard Godlewski, (preservation architect, historian and curator).
The concept is a “nine square grid” house, that French master architect Le Corbusier devised as a learning tool to teach young architects the dynamics of design. This unique redwood house, built into a brook, the property formerly an abandoned mill pond, is designed by Edward Bowser Jr., one of the few Americans to work in the Paris studio of the visionary architect Le Corbusier. Bowser, like his mentor “Corbu”, used this grid structure as a container of poetic gestures and architectural forms. The property is a completely natural wooded “zero” landscape, crossed by a lively brook that introduces the element of “natural music”. No chemical products are used or landscaping or watering done, so the wildlife flourishes and can be enjoyed from the abundantly glazed living spaces.
The floor planes are divided into nine squares, like a big “tic tack toe” board, is supported by structural elements of beams and columns. The nine squares are refined into living spaces with partition walls and service “volumes”. The central square is accentuated by a clearstory and dedicated to a service core; the kitchen, laundry room, bathrooms and central hearth. The architect uses a play of solids and voids as the house closes itself to the street (civilization) but opens up to the brook (nature). The house’s “butterfly” roof and main built form are reminiscent of Le Corbusier’s Council General Building of the United Nations in NYC – a close relative (architecturally speaking) of Fellsbridge.
Within its neighborhood contest, the property seems like an extension of the forest beyond and the house seems like a ship ready to depart on the brook. Descending from the driveway, one lands in a carport pavilion and crosses a modernist bridge connecting to the top floor of the house. Once past the ivy covered blind street façade, one enters into a glass box, perched high among tree branches above a brook. The forest seems infinite as one transcends into the world of trees and wildlife and is embraced by the playful sparkling of the brook.
The living room and dining room are glass and wood paneled living lofts with soaring cathedral ceilings. The vintage galley kitchen is a fun red white workspace that shares the central core tower volume with the laundry room and bathrooms. Beyond there is the master suite, dressing room, laundry room, master bath and boudoir.
From the entry, one descends a stair to the lower floor’s archives library with a twenty foot strip window and adjacent summer kitchen. The archives focus on a collection of local history, Italian – American and African - American history and architecture. On this floor there is also a brookside conservatory with bar-b-que fireplace and beyond there is a secondary master suite, the “Brook Bedroom”, a bath and a utility room/gym.
Even after fifty years, Bowser’s design genius creates fresh dynamic living spaces. There are many clever built ins and suprises. The natural forest setting crossed by a brook is spectacular. The Godlewskis are pleased to share their home with you for the holidays. It is a joy to live here!
Posted by Javier Moreno at 4:44 PM No comments:

A conversation with Robert Bowser, Mayor of East Orange NJ.